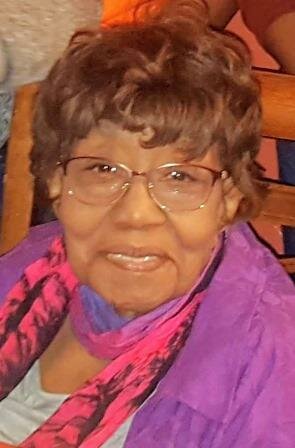 Phyllis was born April 12, 1930 in Chicago to the late Hattie Lucille nee McCrary and the late Charles Parr. She was a faithful member of Pullman Christian Reformed Church. Phyllis was formerly employed as a sales associate/seamstress for Goldblatts Department Store. She was also an independent gifted seamstress and enjoyed creating beautiful garments.

Phyllis was the beloved wife of the late Wilfred Allen Murphy. The couple were united in marriage in 1958. She is the loving mother of the late Michael Parr, the late Rudy (Lillie Mae) Parr, Patricia (late Richard) Minnick, April (Charles) Bella and Emerson (Lorrie) Murphy. Phyllis is the cherished grandmother of seventeen and the proud great grandmother of nine. She is survived by one dear sister, Peggy Johnson and was preceded in death by six sisters and four brothers. Phyllis is the fond aunt of many nieces and nephews and leaves many other family members and friends to cherish her memory.

Cremation will be private.

If you would like to donate in Phyllis’ memory, please do so to the charity of your choice.