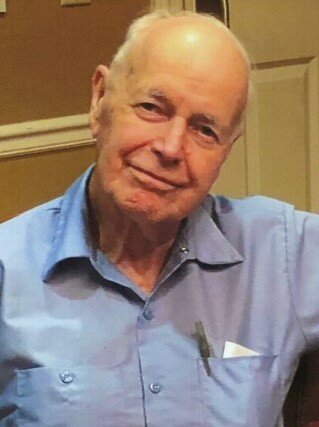 Obituary of Robert A. Bach

Robert is the beloved husband of Kathryn nee Werstler. He is the dear uncle of Susan (Dave) Lech and great uncle of Jennifer Lech and Brian Lech.

Robert was born June 11, 1932 in Hammond, Indiana to the late Mildred Viola nee Bernhardt and the late Herman E. Bach. He was a United States Army veteran. Robert was employed by Fiedler Motors, fomerly located in Blue Island, as a parts clerk for thirty-five years. He also worked for Bartle Florist, also formerly located in Blue Island. Robert was actively involved in the events at Smith Village, volunteering whenever needed.

Visitation for Robert will be held Saturday, December 17, 2022 from 9:00 am until the time of service at 11:00 am at the Krueger Funeral Home, 13050 S. Greenwood Ave., Blue Island. Interment will take place at First Ev. Lutheran Cemetery in Alsip.

Share Your Memory of
Robert
Upload Your Memory View All Memories
Be the first to upload a memory!
Share A Memory
Send Flowers