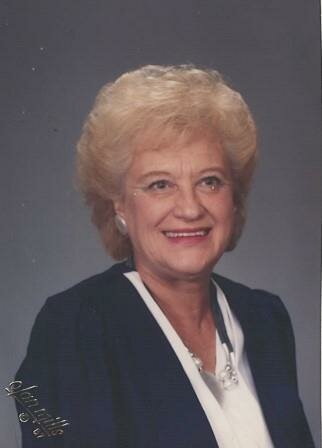 Charlet was the beloved wife of the late Raymond L. Termunde, who passed away on January 23, 1987. The couple were united in marriage October 6, 1979, at Trinity Lutheran Church of Oak Lawn. She is the loving mother of Linda (Joseph) Ryan of Indiana, and the late Harry F. Andersen, the late Judith L. Loudon, and the late JoAnn B. Costello. Charlet is the cherished grandmother of Michael (Dottie) Demith, Sandy (Robert) Bliss, Amy Neace, James Costello, Jr., Jason Costello, and Jessica (Jason) Fowler. She is the proud great-grandmother of eight.

Charlet was born in Annawan, IL on September 27, 1921, and raised in Blue Island by her late parents Joseph and Ethel Clan. She graduated from Blue Island Community High School in 1939. Charlet enjoyed traveling and volunteering in her community and was a faithful member of Trinity Lutheran Church for many years. She belonged to the Women’s Auxiliary of St. Francis Hospital and genuinely enjoyed volunteering there. Charlet was blessed with wonderful friends and family and will be deeply missed by those who knew and loved her.

Memorial services will be private.

Share Your Memory of
Charlet
Upload Your Memory View All Memories
Be the first to upload a memory!
Share A Memory
Send Flowers