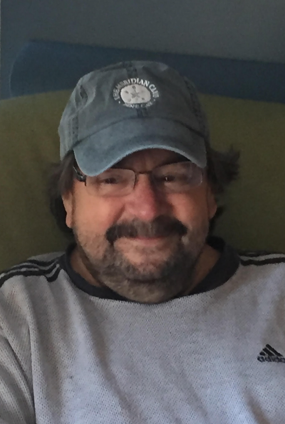 William Joseph Coffing (Bill), 58,  lover of life, music and family, of Blue Island passed away peacefully on August 4, 2019, surrounded by his cherished family in Chicago. Bill was born on February 9, 1961 in Chicago Heights, IL to Janet and Robert Coffing and was a lifetime Chicago resident.

Bill graduated from Illinois State University with a BS in Computer Science. He was a pioneer in computer languages and pridefully led the IT function of numerous organizations, most recently at Anixter Industries, where he was a leader in the company’s Information Services Group.

Anyone who encountered Bill immediately felt his joyous, youthful spirit, sense of humor and commitment to family and friends. He loved all things Chicago, all things music and all things fun. His passions were deep and wide. He was a superfan of the Blackhawks, theatre and concerts, golf and music of all forms. Bill was a deeply generous man, and delighted in sharing his many gifts with others.

He was preceded in death by his father Bob Coffing, mother Janet Coffing High and Sherry’s son, Matt.

The family is deeply grateful to the outstanding medical team at Northwestern Memorial Hospital, especially the Bone Marrow Transplant Unit at Prentice Hospital and MICU for their compassionate care of Beej throughout his journey.

Share Your Memory of
William
Upload Your Memory View All Memories
Be the first to upload a memory!
Share A Memory
Plant a Tree