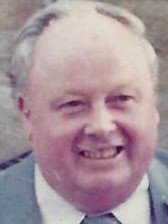 Bob retired from Allis-Chalmers in 1992 and he enjoyed spending time with his family and friends. Bob has fostered seventeen children during his lifetime and taken them into his home when they needed care. His other interests included fishing and traveling.

Visitation for Bob will be held Friday, July 12, 2019 from 9:00 am until the time of service at 11:00 am at the Krueger Funeral Home, 13050 S. Greenwood Ave., Blue Island. Interment will take place at Holy Sepulchre Cemetery, Alsip.

In lieu of flowers, memorial donations may be directed to SOS Children's Villages of IL www.sosillinois.org

Share Your Memory of
Robert "Bob"
Upload Your Memory View All Memories
Be the first to upload a memory!
Share A Memory
Send Flowers