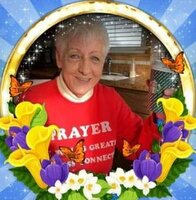 Janet J. Stange nee Mayer, 76, of Midlothian, formerly of Blue Island, passed from this life Sunday, February 20, 2022. Janet was the beloved wife of the late Gerald C. Stange who passed away May 20, 2021. The couple were united in marriage May 20, 1968. She is the devoted mother of Jeff (Victoria) Stange and the late Gerald J. Stange and the cherished step-grandmother of Jessica Lovecchio. Janet is the dear sister of the late William Mayer and the late Bertha Maher. She is the loving aunt of many nieces and nephews. Janet leaves many other family members and dear friends to cherish her memory. Janet was born June 5, 1945 in Chicago to the late Helen nee Woodman and the late William Mayer. Janet was devoted to her family and enjoyed cooking for them. She also liked to travel and play cards, but her utmost passion was flower gardening! Janet loved nothing more than spending her days in her yard, tending to her flowers and taking pristine care of her home. A memorial visitation will be held Sunday, April 24, 2022 from 12:00 noon until the time of memorial service at 4:00 pm. Cremation private. Please omit flowers.