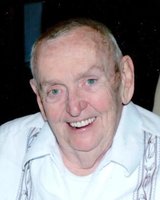 Robert P. McAdams, 76, of Midlothian, passed from this life March 19, 2021. Robert is the beloved, faithful husband of Deborah nee Swain. He is the loving father of Scott McAdams, Dr. Alice (Kevin) Cahill and the devoted grandfather of Ryan McAdams. Robert is the dear brother of Thomas McAdams and was preceded in death by his parents and three sisters. Robert was born May 30, 1944 in Chicago to the late Rosalie Marie nee Messing and the late Paul Edward McAdams. He was United States Army veteran serving in Vietnam. Robert formerly served as the Midlothian Village Clerk and also was a former Cook County court recorder. He was a member of the Midlothian Knights of Columbus and the Midlothian Chamber of Commerce. Robert was an avid fan of both the Chicago White Sox and the Chicago Blackhawks. Visitation for Robert will be held Tuesday, March 23, 2021 from 3:00 pm to 8:00 pm. Funeral services will be conducted Wednesday, at 11:00 am at the Krueger Funeral Home, 13050 S. Greenwood Ave., Blue Island. Cremation will be private. If you would like to contribute in Robert's memory, donations may be directed to the Chicago White Sox Charities.