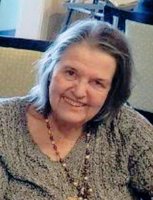 Eleanore Snow nee Seyfarth, 87, of Palos Park, formerly of Hazel Crest and Blue Island, passed from this life January 5, 2020. Eleanore is the beloved wife of Charles B. Snow. She was the loving mother of the late Jess Ann Kosic, the late Carl Snow, the late Samuel Snow and the late Janet Snow-Godfrey. Eleanore is the cherished grandmother of Amy, Elena, Sam Jr., Bradley, Ben and Joe. She is the proud great grandmother of Courtney, Victoria, Zoe, Jane, Charlie, Molly, Sammy, Evelyn and Freya. Eleanore was the dear sister of the late Mary Ellen Seyfarth and the late Robert Seyfarth. Eleanore was formerly employed by Irwin Publishing as a copy editor. Visitation will be held Saturday, January 18th, from 9:30 am until time of the funeral service at 11:00 am at the Krueger Funeral Home, 13050 S. Greenwood Ave., Blue Island. Interment is private.